On Saturday, March 26th, I went to Comic Con in Utrecht! It was such an awesome day that I thought I should share all that I did on that day with you guys.

We first had the pleasure of having Comic Con in the Netherlands in 2015, meaning this was only the second year that this experience was available for people in the Netherlands. I went last year as well and I think they really improved on how they used the space. It seemed a bit bigger than last year and they had even more awesome stuff.

The reason I went to Comic Con was mainly to see all the people cosplaying awesome characters and to buy things that you can usually only buy online. And I succeeded. 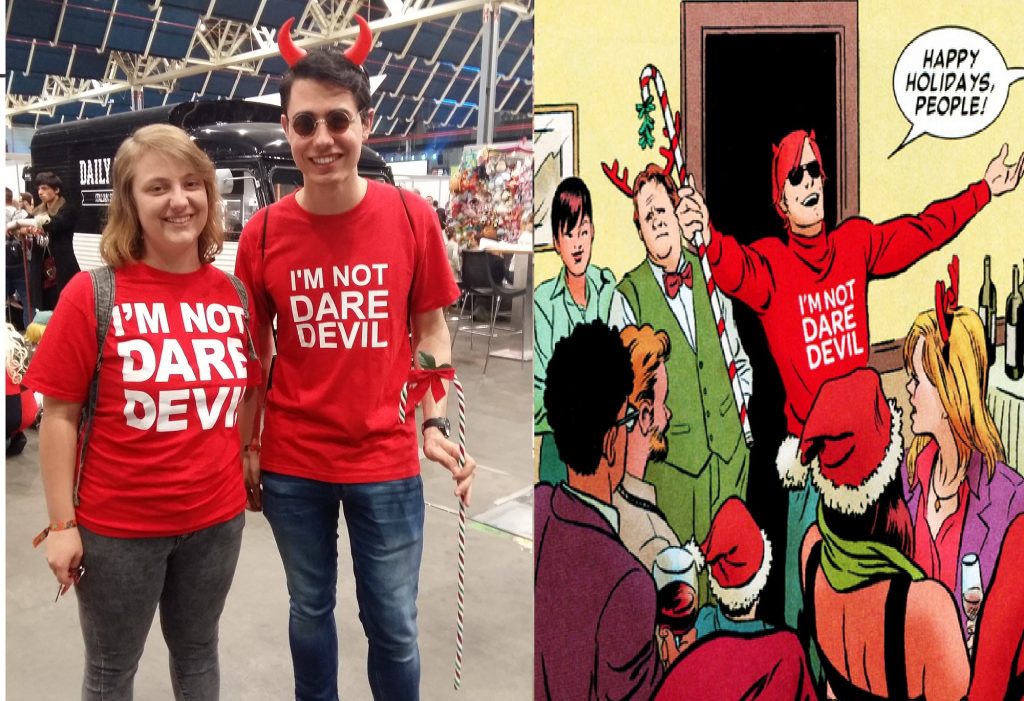 I saw amazing cosplays and couldn’t stop staring at some people (sorry!). I was wearing a shirt that read “I’m not Daredevil” and was pleasantly surprised when I saw another guy with the same shirt PLUS the rest of the outfit. Obviously, I couldn’t stop myself from running towards him and begging for a picture.

With me obsessing over Marvel’s Daredevil ever since it came out on Netflix, I couldn’t help but buy whatever Daredevil-related things I saw at the stands. Including that (terrible) movie no one should ever mention again, but I had to have it to complete the collection, obviously.

So, I got; the Daredevil movie, Elektra movie, TWO posters, a Daredevil vinyl pop figure AND a bunch of Daredevil comics. I’d say it’s all worth it.

Besides the amazing cosplay and the stands full of fangirl-worthy stuff there were also some famous people at the event. Right when I walked in, I saw Hilly and Hannah Hindi from the Hillywood show, which were the most exciting people to see, in my opinion.

The event was really great and I’m looking forward to it getting bigger and bigger and of course to come back next year!