In celebration of the new Harry Potter spin-off, I’d like to share my experience of visiting the Warner Bros studio tour (better known as the Harry Potter studios) while I was in London earlier this year. The pictures I used in this article are mine, so I hope you like them! Try not to be too jealous…

It took a while to get there, but once we survived the subway ride to the north of London, we took the bus (not quite the knight bus but still filled with Harry Potter images!) to the studios. Once the first sign of the studio came in sight, I became ecstatic, which lead to a crazy amount of pictures (something that turned out to be quite convenient when I decided to write this article). Once we were inside, we had to wait in line for 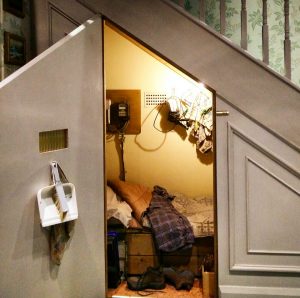 a bit, but meanwhile, we saw the first glimpses of what lied ahead. The car that Harry and Ron flew in when Dobby wouldn’t let them through the wall at 9 3/4 in their second year dangled from the ceiling, portraits of the actors were placed all over the walls and Harry’s cupboard under the stairs was placed next to the waiting line.

The tour
The actual tour – that is, the part where things were explained – didn’t take that long (after this, you were free to roam around the studios freely, which I found actually more fun cause I like to read every. Single. Sign. A tour doesn’t give me the time to do this). Anyway, when the tour started, the first thing was a brief explanation about how it was going to be structured and then they lead us to a little cinema. 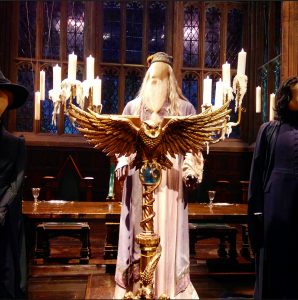 A short movie was shown with the original members of the cast (Daniel, Rupert and Emma) welcoming us to the Warner Bros Studios. And then it began… The doors opened and there it was: the great hall, including the long tables with some props and ‘the teachers’ (dolls with their original clothes) parading at the head table.

After that, I was a free elf…
After the great hall, the staff wished us a lot of fun in the following hours and they ‘set us free’ to walk around on our own. I was there with my mom, but I soon lost her in my excitement to see every single part of the studios (and of course: take pictures of everything). A big open spaced followed after the hall (that sadly didn’t have a magic ceiling: damn you, CGI, why can’t magic be real?). In this 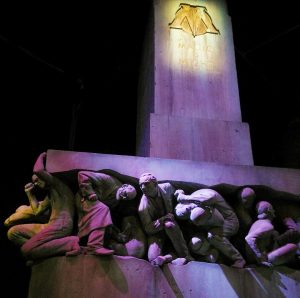 space, a lot of different props were placed, including the living room of the Weasleys, the various pink outfits of Umbridge, and the statue that was placed in the ministry of magic once 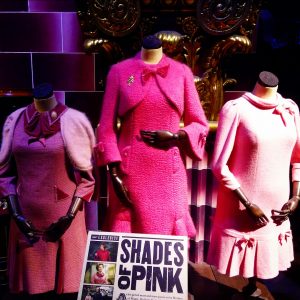 Voldemort came to power. I’ve probably spend 1,5 hours only roaming around this part of the studio. If you’ve did some research about the studios, you know that there is the possibility to ‘fly on a broomstick’ (if you didn’t: you can, you can sit on a broomstick, act cool and a green-screen does the rest!). I didn’t do this, due to the crowd that was already waiting for this section, but if you want to, this is the area of the studios where you can do it! You also get the ability to practice your magic skills in another augmented reality attraction, if flying isn’t for you. Be prepared for long waiting lines tough, because this was also a pretty crowded section. 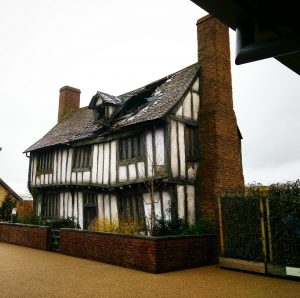 Up to the next part! There was a little square outside where they parked the áctual Knight bus (in all its purple glory), and the houses of Harry – both his house on the Privet Drive and the house where his parents died. Sadly, it was raining the day I was there, 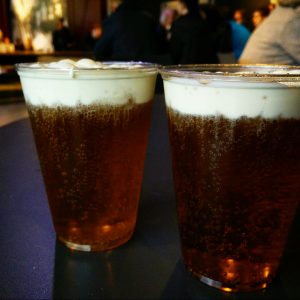 so I just took a few quick pictures and went back inside. Inside, however, was the ‘break point’, which meant that it was time for Harry Potters’ famous butter beer! I was pretty excited about this, but I have to be honest… I didn’t really like the taste. I guess that’s just my personal taste, because a lot of people really like it, but it simply wasn’t for me. That doesn’t matter though! I tried it, the full Harry Potter experience, and that’s all that counts. 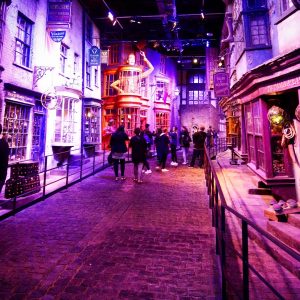 After our little break, it was time to enter the final section of the studios. This also meant that it was time to take a stroll over Diagon Alley, including Olivanders wand shop, and weasleys wizard wheezes! Is wasn’t a very long walk, though, but I peeked through every window and and walked back and forth a few times to make sure that I covered everything (it may be noted: at this point, I lost my mother again due to the fact that I was way too enthousiastic and I just went for it…). We continued our walk and came across a huge, and I say húge maquette of the Hogwarts castle. 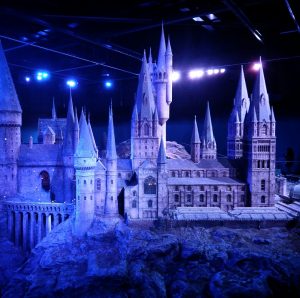 There was a path that went around it to make sure that you were able to see the entire thing and some computers that provided you with extra information, such as how it was build.

Lastly, the studio tour ended with a final look at the inside of Olivanders  wand shop and after that, the gift shop. I bought a mug that said muggle (and due to the pun, I obviously had to buy it) and that was the end of it. Back into the bus and take the subway all the way to the hotel (which, honestly, was quite a long ride, so if you’re planning on going there from the center of London, go away on time! 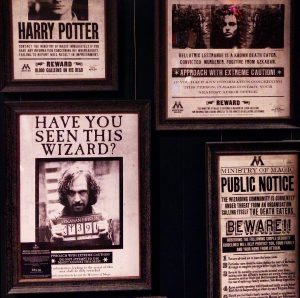 I had such an amazing time going to this place and it honestly couldn’t have been a better experience for me, since it was one of the reasons why I wanted to visit London so badly. I’ve been a fan of Harry Potter ever since the first books came out and I basically grew up with it, so going to the place where so many of the movies were shot and so many decor and props are stored, was honestly the best thing ever. Now, with the new movies within the franchise are coming up, I can’t wait to see Fantastic Beasts and, once those decor pieces are shown somewhere, I’ll definitely try to go see them sometime. Once a Potterhead, always a Potterhead.