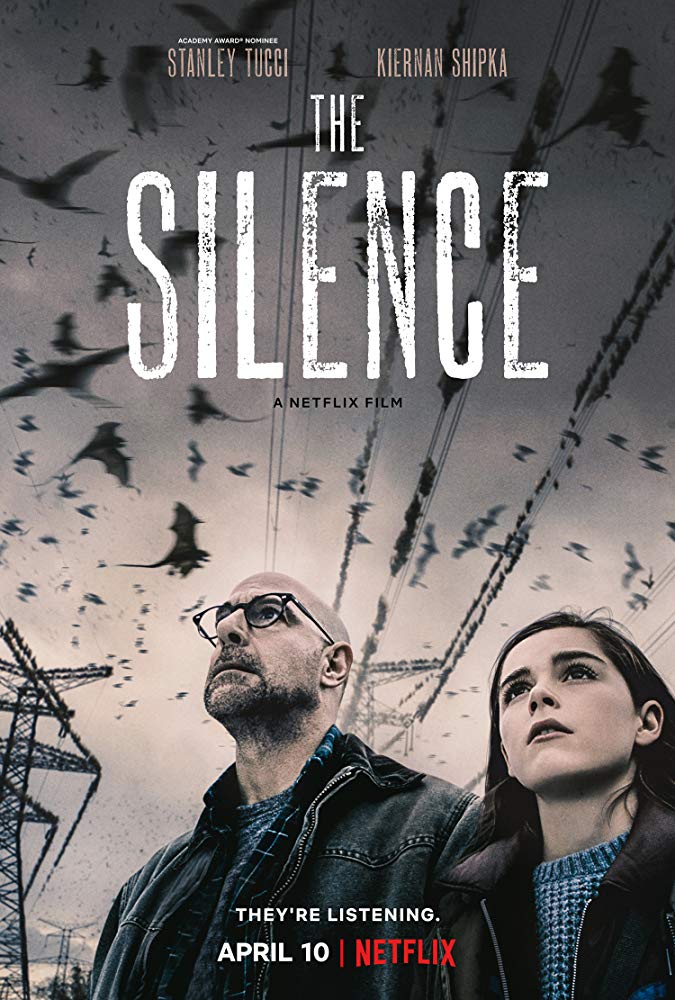 Netflix has been doing some great stuff with their Netflix original movies. Some are better than others, you might say. In any case, these movies go viral very quickly and everybody has their opinions ready. The best example might be Birdbox, opinions varying widely. Some say it’s a masterpiece, other say it’s crap. Whatever the opinions are, almost everybody has seen the movie. And that’s what it’s about for Netflix. And they figured: if one horror movie works, why not produce another? And so it happened… The Silence was born.

Watch the trailer:“When the world is under attack from terrifying creatures who hunt their human prey by sound, 16-year old Ally Andrews (Kiernan Shipka), who lost her hearing at 13, and her family seek refuge in a remote have.” [IMDb]

The first thought that might come up is ‘Oh, but doesn’t this sound exactly like A Quiet Place that was released earlier in 2018?’. Yes – one might think that. Horrible creatures have emerged, and people have to be quiet to stay alive. In The Silence, these creatures appear to be some scary type of bird, that reminded me strongly of dinosaurs, only scarier and probably much more viscous. They escaped a cave after being locked up there for thousands of years. Now, after their great escape, they’re after humans. And things get messy. Bloody messy.

Creatures in horror movies always have one weakness that the main characters need to find out about in order to survive. After a couple of minutes, it’s already given away that these creatures cannot see, which is very understandable after being trapped in a dark cave for ages. Evolutionary, they didn’t need eyes. Their other senses are heightened: their hearing is very strong, but about their smell, not much is being explained, even though I’d think their smell must’ve been much stronger too. Luckily, main characters Ally (Miranda Otto), Hugh (Stanley Tucci) and Kelly (Kieran Shipka) have figured this out pretty quickly. No wonder, since people have literally been wearing warnings about this on themselves on a piece of paper.

Beside these pretty much forward creatures, the storyline wasn’t very new. First, the characters are introduced: a nice family with a daughter that has hearing damage due to an accident a couple of years ago. The apocalypse happens and they have to choose between staying inside their home in a suburban area, or leave and find a quiet place to hide. Together with their awesome uncle, they decide to leave. Not all of the character get to the save place and scary things happen. The movie does have a lot of goriness, which is something I can appreciate. It’s the apocalypse, things don’t look pretty. At all. The plot is not very original, but it works. 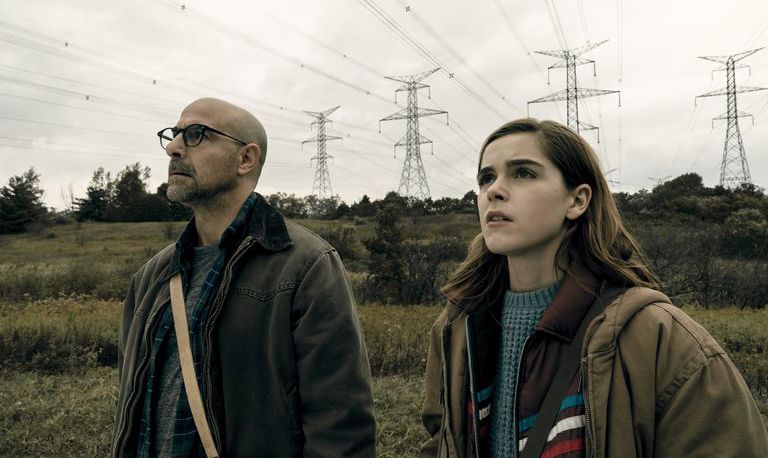 As far as the acting goes, I love Stanley Tucci in every single movie. I don’t things this was one of his better rolls, but he always adds something believable to his characters. Miranda Otto (whom you might know from Sabrina) does a decent job, and she puts down a believable teenager.

The end scene is very messy, which is good, and I think all the characters make believable life choices. Sometimes in horror movies, characters do things that are just not real or just very very stupid just to keep the plot going, but that’s not the case with The Silence.

To wrap it up, I think it’s a decent movie. Overall, I was a bit disappointed by the creatures, but the storyline was worked out pretty well and the characters all behave believable. It’s definitely worth watching on a Sunday afternoon of evening with a large bucket of popcorn. Well done, Netflix.