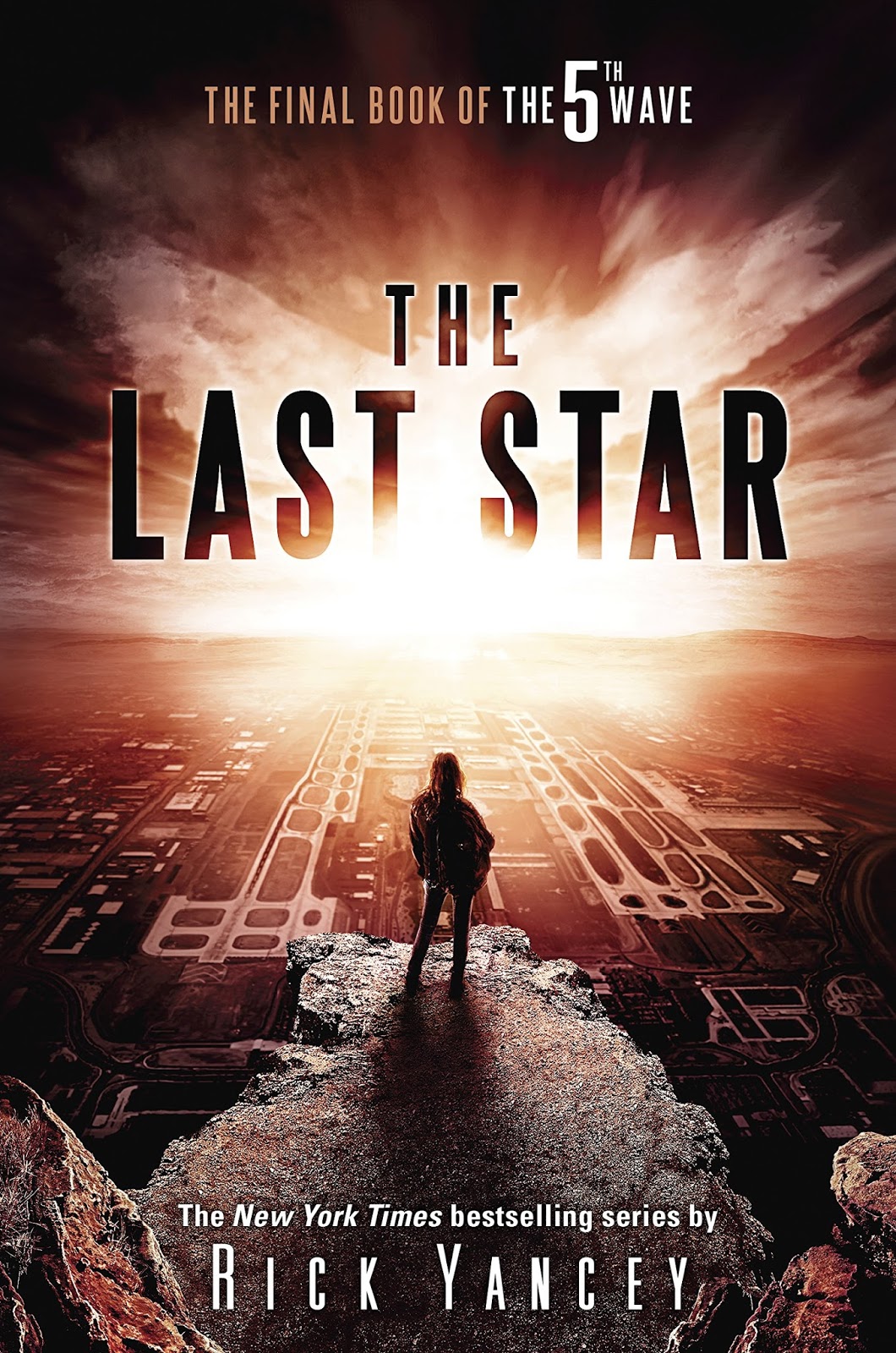 uthor: Rick Yancey
Genre: Young Adult/Sci-Fi
Publication: Penguin (first by Putman Juvenille)
Release Date: May 24th, 2016
Pages: 338
Spoilers: Nope, spoiler free! But if you want to read spoilers, you can click HERE and discuss the ending of the book!
Rating:

This is it. The ending of an epic series. But… will it end epically (is this a word?) – you will only know for sure if you read this book yourself. I wasn’t ready for The Last Star yet, until recently, days before I’d go on vacation to a resort in Germany, that I ordered the book and started reading it. I have mixed feelings. I’ve re-read my review of The Infinite Sea again, and I wouldn’t rate it 4.5 stars anymore, but just 4.0 stars. But that’s not the problem. The problem is THIS book. I feel like epic series always disappoint in the end. I wouldn’t say The Last Star is disappointing, but there were some things that I saw coming… whatever. Let’s go.

“They’re down here, they’re up there, they’re nowhere. They want the Earth, they want us to have it. They came to wipe us out, they came to save us.
But beneath these riddles lies one truth: Cassie has been betrayed. So has Ringer. Zombie. Nugget. And all 7.5 billion people who used to live on our planet. Betrayed first by the Others, and now by ourselves.
In these last days, Earth’s remaining survivors will need to decide what’s more important: saving themselves…or saving what makes us human.” [Goodreads]

I will start off by telling you something about the beginning of the book. It won’t spoil anything. It’s just a warning. What I always struggle with, are books that have multiple POV’s. Like: I never remember who’s who. And when I started on The Last Star, the first chapter is told from a new, unfamiliar POV. IT. WAS. CONFUSING. ME. I almost put the book away. But I didn’t, because I was curious. But damn, why confuse us even more? Honestly, after finishing the book, it all makes sense. It always does with Rick Yancey. But it threw me of. Luckily it didn’t take long for Cassie, Sam/Nugget, Ben/Zombie and Ringer to appear again.

Dear Cassie, your life is such a mess. And it get’s even messier when people around you all want the same thing (more or less), but don’t have the same idea about getting there. Half of the planet wants your has-been will-be boyfriend dead, the other half wants him alive, and some of you want to hide him from the Others. Also, did we mention what your has-been will-be boyfriend has in plan for the future for you? No. Cassie as a character has a lot going on for her. But Yancey managed to put the focus of the book on the other characters, mostly. Cassie is there, for a big part, but not as much as she was in the other two books. Ben got his share of telling his part of the story.  I’m a big fan of Ben, so if you’re too, you will love The Last Star.

And Sam – poor Sam – he will never get to be a child again. The horrors he’s been through. Maybe it’s the big sister in me talking, but I wanted to hug him and tell him things would be okay. Even if you knew they wouldn’t. There was a passage in the book, about Sam not knowing who to trust, that broke my heart. It actually said a lot about humanity. This book IS all about humanity. It discusses what makes us human. This last book has so many psychological themes in it. I don’t know how Yancey pulled it off, but he did. That’s how The Last Star differs from The 5th Wave and The Infinite Sea.

The ending of the book really got on my nerves. It all happened at once, multiple story lines at the same time, and I had to take a breath between chapters every now and then. But at the same time, I couldn’t stop reading. Yancey has this amazing writing style, that begs you to keep reading until you die of thirst or when you reach that awkward when moment you have to get up to pee or else… I’ve been there. This book has it all. And I will not spoil whether or not our heroes are able to save the world from the others. That would make me a bad reviewer. But if you HAVE finished the book, and only then, you can click HERE to discuss the ending. If not; beware. The link contains spoilers.

Over all I think the only thing I didn’t like about The Last Star is how much I was confused by either characters (who’s this again?) or things that happened at the ending (where are they? what are they doing? what the f*** is going on?). Besides that, I loved the book. It has so much more depth than the first two books in the trilogy. Yancey really managed to pull of a book that went further then just ‘surviving’ an alien invasion. He showed us what it means to be human. And that’s what I think worked best and makes you read read read until you eyes close at 4 am in the morning.

Have you read The Last Star? Let us know what you think of it! BEWARE: spoilers are not welcome here and will be deleted without further notice. Spoilers can be discussed at the OTHER page.