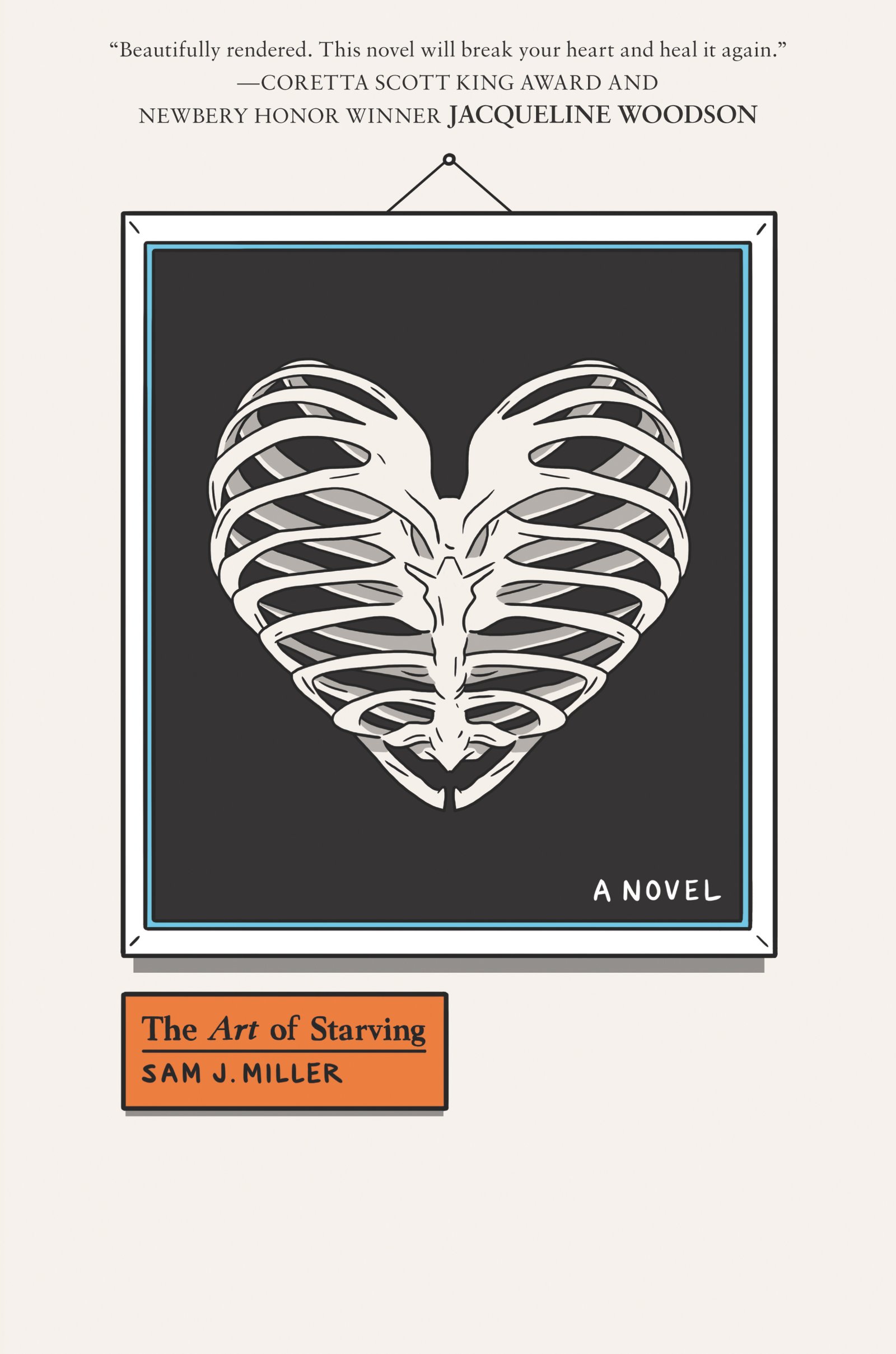 At first I want to thank HarperTeen for providing me with an e-ARC of this highly anticipated book by Sam J. Miller. I am a big fan of sicklit books – sounds horrible – because they always have an interesting story and multiple layers that most of the time send really inspiring messages to YA readers. I was really looking forward to this book because it sounded very different from the other books about the same subject. I finished it in one day – it was really good!

“Matt hasn’t eaten in days.
His stomach stabs and twists inside, pleading for a meal. But Matt won’t give in. The hunger clears his mind, keeps him sharp—and he needs to be as sharp as possible if he’s going to find out just how Tariq and his band of high school bullies drove his sister, Maya, away.
Matt’s hardworking mom keeps the kitchen crammed with food, but Matt can resist the siren call of casseroles and cookies because he has discovered something: the less he eats the more he seems to have . . . powers. The ability to see things he shouldn’t be able to see. The knack of tuning in to thoughts right out of people’s heads. Maybe even the authority to bend time and space.
So what is lunch, really, compared to the secrets of the universe?
Matt decides to infiltrate Tariq’s life, then use his powers to uncover what happened to Maya. All he needs to do is keep the hunger and longing at bay. No problem. But Matt doesn’t realize there are many kinds of hunger… and he isn’t in control of all of them.” [Goodreads]

Matt hasn’t eaten in days and if it’s up to him, he won’t be eating for the next days to come either. His sister is ‘missing’, his mom is not really there for him and he’s just not sure what to do with his life. He’s also not sure what to do with his body. When he finds out he has some kind of magical powers when he is hungry, he makes the decision to just stop eating. Without food, he feels stronger. Strong enough to maybe even save his sister.

Like I said: it’s an interesting story. First of all, Matt is a guy. Every eating disorder book I’ve read until now was from the POV of a girl. Experiencing this disease through a boy is very refreshing. The thoughts are a bit different, yet in the basics very comparable to what a girl experiences. It comes down to controlling at least SOMETHING in his life, but it’s also about the way he views himself (he thinks he’s fat – which I thought too at the beginning, but you soon find out it’s not true). Besides his eating disorder, Matt is also gay. Don’t worry, this ain’t a spoiler. It’s not so much a story of coming out, but he does kind of struggle with the fact that he is gay. But in a different way than you might expect. The last thing that really makes this novel stand out, is the fact that you notice right away that getting thinner is not his main goal, but more like a side effect. And that’s what shows how important it is to realize that eating disorders are not always JUST about getting thinner or loosing weight. With Matt, it’s mostly psychological.

The writing style is really refreshing. Even though the book sounds really depressing, Matt is a funny guy, reflecting on his life every now and then. He likes to make jokes, but doesn’t pity himself. He just needs to find his sister. Period. The books is divided in multiple chapters all starting with a ‘life lesson’ by Matt. It’s a lesson that teaches you, yes, The Art of Starving. And he finds himself to be the master at that.

The plot is interesting as well. It really suprised me. You might think: so yes, this is going to happen. And then… it doesn’t. That proves the plotline is thought through very well. It surprised me. It did get a bit freaky, but I won’t give you any details since I promised not to spoil you. You’ll find out once you’re reading the book that not everything is what it seems to be or what Matt tells you it is.

The Art of Starving tells the story of a struggling young man who would rather die than not find out what happened to his sister. His eating disorder makes him an untrustworthy POV, which makes the novel all the more interesting. The book is well written, touching and above all very original. I couldn’t stop reading and was addicted to Matt until the very last page. I recommend it to everybody who’d like to read a book that has a refreshing take on eating disorders.