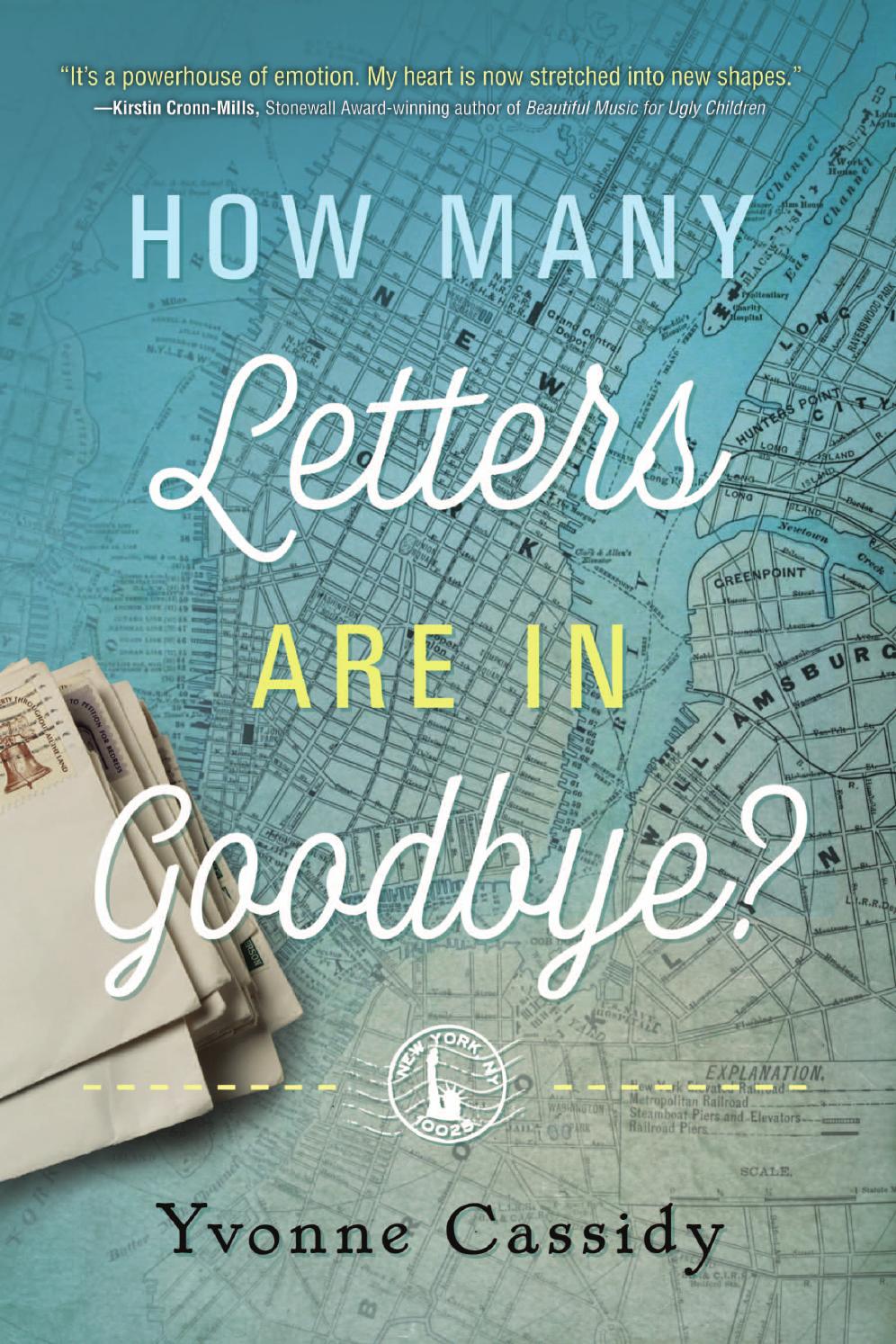 I got this book as an ARC through YA Books Central! Also thank you to Flux, the publishers of the book 🙂  I was very interested in the story once I read about it and I was overly excited when I could start on my copy of the book. Did it live up to my expectations? You can read it here!

“Seventeen-year-old Rhea Farrell carries the scars of a childhood accident in which she lost her arm. But she also carries scars that aren’t so visible–the loss of a mother she hardly remembers, the impact of her father’s drinking, and her confusion and pain around accepting her sexuality. When Rhea runs away, she turns to the person she always wished she could confide in–her mother. And just like she used to do as a little girl, Rhea starts to write her letters–to tell her things she can’t tell anyone else, to share her fears, to ask for help. Rhea’s journey on the streets of New York brings her deeper into her mother’s past where she uncovers buried family secrets. And as she finds out more about the woman her mother truly was, Rhea also discovers just what kind of woman she wants to be.” [Goodreads]

The story starts of with Rhea in New York. If you read books about New York, you might have a slightly glamorized view of it. In How Many Letters are in Goodbye you will find a pretty true reflection of how New York can be. And Rhea knows all about a hard life. Yes, let me tell you this: there’s never been a character who had more bad things happening to her than Rhea had. She didn’t have the odds in her favor. Yvonne Cassidy really created a tortured teen. In the novel, you get introduced to Rhea’s past through the letters she’s writing to her dead mother. She always used to do that with her father, until one day, he forbade her to do it. And now he’s dead too. I told you, right? Rhea’s life is hard. But that’s not all. No way. When Rhea was younger, she had an accident which resulted into loosing her arm. This girl has bad things happening to her all the time. And now she’s living with an evil stepsister and abusive uncle all the while she’s struggling with her sexuality. This novel covers all the subjects.

While I liked the story, which was at some point a little hard to believe (guess that’s something I have to get over already), I couldn’t get emotionally involved with the book. I mean: all these bad things happening to her made me feel bad for her. I felt sorry. But that’s it, nothing more. The book didn’t 100% touch me. But that’s okay. I loved reading about New York and all the places you can eat cheap. I was quite scared for Rhea at nights she couldn’t find a place to sleep. But that is realistic when you don’t have a home or money to pay for a place to sleep. Even though sometimes I raised my eyebrow, I found myself believing it at the end.

Rhea as a character was okay. She went through a lot but I wouldn’t call her trustworthy. But what kind of a person would you be if both your parents are dead, you miss part of your arm and  your uncle is abusive. Also, you stepsister is the meanest girl on the planet. That was also why she decided to go to New York: her mom used to live there. She wants to know more about her mother, but she also wants to leave her life behind and start new. A subject I’d love to read more about.

The writing style was good: it was a lovely read. Sometimes I wanted more action, but it’s a contemporary novel, so I shouldn’t expect buildings to blow up or anything. The story is interesting and the places, spaces and environments are described very imaginatively. I could see Rhea walking around New York in my head. It made me want to go to New York too. So except for some slow passages (which made the book hard to read at some points), I quite liked Yvonne’s writing style. I’m curious to see what’s next.

So overall the book was good, but it did not 100% live up to my expectations. I did like Rhea, even though I feel like I shouldn’t like her because I experienced a couple of eye rolls as a reaction to her actions. The novel has a beautiful writing style and discusses accurate and important problems such as death, love (any kind), abuse, family and sexuality. If you enjoy reading contemporaries, you will surely like this book too! I did!

You can get the book here: