Welcome to our newest, trendiest and funniest rubric at DBC: Netflix and Binge. In this monthly post, our teammembers will introduce you to their favorite Netflix shows that they just LOVE to binge-watch. Binge-what? If you’re not familiar with this term, you will be after reading this post. Imagine having to wait EVERY SINGLE WEEK for a new episode of your favorite series… sounds pretty much impossible, right? Well, we at DBC agree. So we came up with this thing, called Netflix and Binge, in which we will introduce you to your next binge-watch worthy series. But what does binge-watch worthy actually mean? Well, for starters, how many episodes will you be able to watch? And second, how addictive is the series anyways? And third, how about the quality of the series in general? With these three qualifications in mind, we will introduce you to your next favorite obsession!

But first, lets introduce our first candidate: me! Well… that’s awkward. But it’s good to introduce the writer. If somebody is recommending you something to binge-watch, you gotta know who that person is. So here’s some basic information:

Teammember: Nanouk
Has been on Netflix for: three months
Hours of Netflix every day: one or two on a normal day, three to five on a ‘free’ day
Currently binge-watching: Gossip Girl (second time)
Favorite binge-moments: During a normal week, breakfast and dinner. Multitasking, right? During vacation, every single moment I guess. That’s what vaca is for, right?

Good? Yes? Okay great. So here’s the thing: I did bingewatching BEFORE I had Netflix. But Netflix makes it so much easier. It’s like clicking two buttons and WOW two days have passed and you’re on your couch in your PJ’s and somehow you ended up with chocolate in your hair. Yes, Netflix, you’ve been causing a lot of sleepless nights. Trust me, I know. So here are my picks for Netflix and Binge #1! 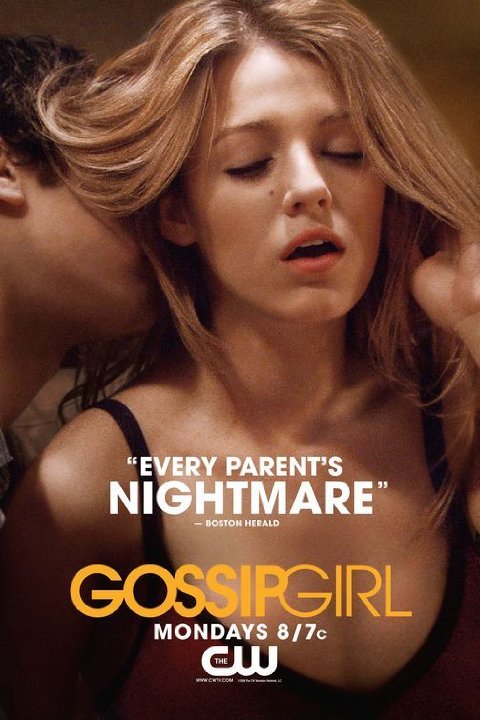 1. Gossip Girl
Aired: 2007-2011
Seasons: 6
Episodes: 121
Total time: 5082 minutes (about 85 hours)
Netflix rating: 4.5/5.0
IMDb rating: 7.4/10
“Privileged teens living on the Upper East Side of New York can hide no secret from the ruthless blogger who is always watching.”
I picked Gossip Girl as my all time favorite, because this series is just a classic. It was a big HIT and the series was good from the beginning until the and. I must admit, some seasons are better than other, but overall, it doesn’t let you down. Right now, I am binge-watching Gossip Girl again, ever since I dressed up like Blair for a birthdayparty last weekend. I’m well into season 2 right now, which means I’ve been watching at least 2 episodes every day since the party. Gossip Girl is very addictive and if you’re into fashion like me, it will make you drool all over your computer. Because, hello, fashion if one of the main themes of Gossip Girl. But the thing that keeps you watching is all the drama, and the biggest question of all: who’s Gossip Girl? PLL is doing it all over again with A. But lets be honest, it will never beat Gossip Girl. EVER. However you may decide on whether this series is of high quality or not, I think this series is at the right place at Netflix and you should really consider binge-watching it.
Binge-worthy: 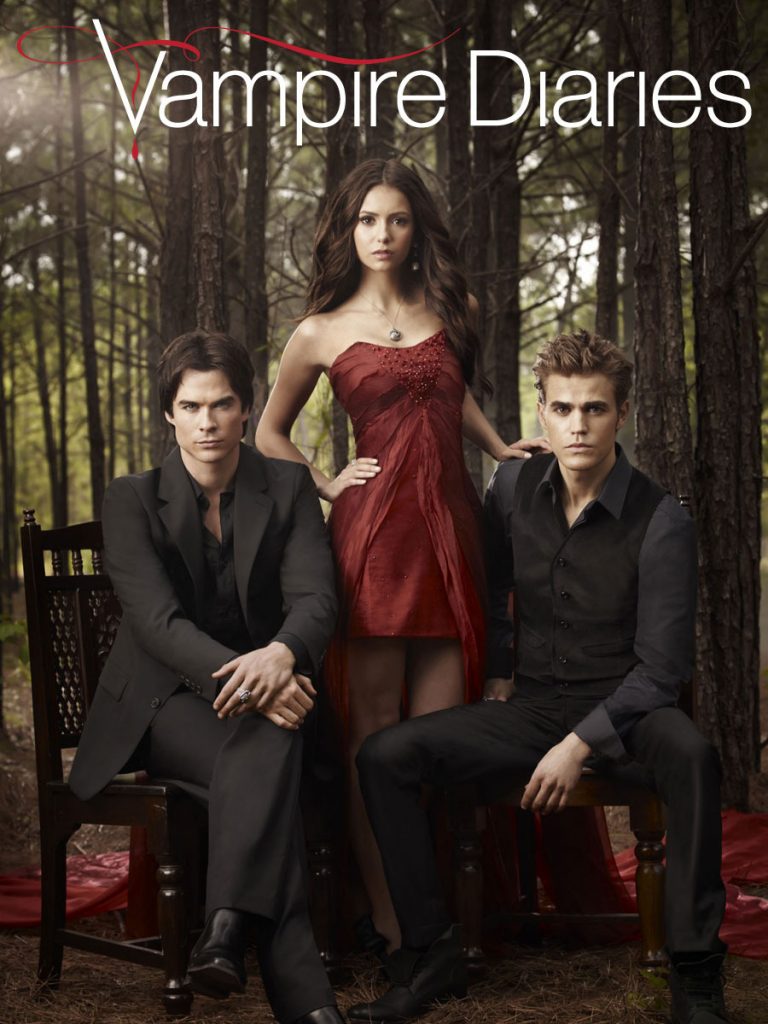 2. The Vampire Diaries
Aired: 2009 – still on TV
Seasons: 7 (halfway)
Episodes: 149
Total Time: 6407 minutes (107 hours)
Netflix rating: 4.6/5.0
IMDb rating: 7.9/10
“A teenage girl is torn between two vampire brothers.”
A very short summary that also isn’t very accurate anymore, but for the first 6 seasons, it’s true. I started watching The Vampire Diaries when season 2 was airing, and I binge-watched season 1 in about three days while on vacation with my family. I couldn’t stop watching and honestly, season 1 was the best season ever. Season 2 was still very very good and I was so excited to catch up when season 3 aired. Every Friday I would wake up and watch it over breakfast (really, living in Europe sucks). It was still very good and I was still very emotional. And then something happened. Over the course of season 4 and 5, I kinda lost interest. To me, it felt like the best days were over. But then I was blown away by season 6 and we all know what happens afterwards. But after five episodes of season 7, I quit again. But I will rewatch it again as I did just before season 7 aired. And I honestly can tell you that you will enjoy binge-watching this a lot. Especially the first three episodes will feel like a painful yet enjoyable roller coaster. Also good to now: TVD is still up and running!
Binge-worthy: 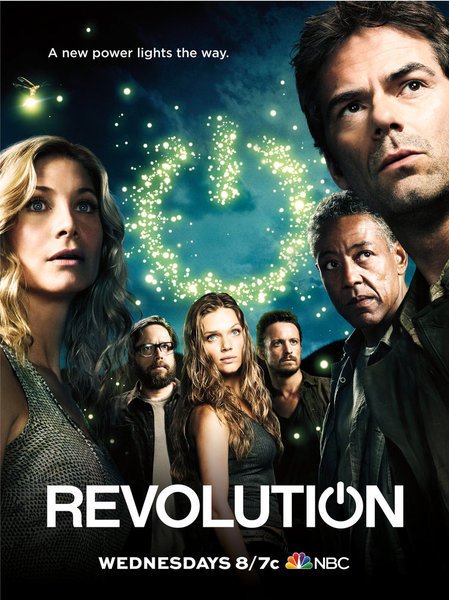 3. Revolution
Aired: 2012-2014
Seasons: 2
Episodes: 42
Total time: 1806 minutes (about 30 hours)
Netflix rating: 4.2/5.0
IMDb rating: 6.7/10
“Fifteen years after a permanent global blackout, a group of revolutionaries seeks to drive out an occupying force posing as the United States Government.”
First I have to explain why this series is on the list only containing twee freaking seasons. I only found out about this series due to Netflix. I watched it during the first month of my Netflix obsession, and finished this series within a week or two. Meaning I did 42 episode in 14 days. Three to four episodes per day is A LOT. But guys, come on, this series is MEGA addictive. I couldn’t stop watching after just one episode. I had to watch like 3 before feeling satisfied enough to start studying again. And even then, I couldn’t stop thinking about this super exciting and interesting series. I was sooooo dissappointed when I found out that there’s no season three and there will probably never be a season three. But luckily, there are 42 episodes! Thankfully this isn’t one of those series that only has about 10-14 episodes per season. But Billy Burke is sooooo good. And the idea of this whole power out really struck me as interesting. But you gotta judge for yourself and be prepared for the pain to come after two thrilling seasons. It felt like being in freaking rehab. Go watch it now!
Binge-worthy:

(3.5 / 5) (only because the series stopped after two seasons)
Addictive:

Thanks again for reading, and next month, another one of our teammembers will introduce you to her favorite binge-worthy series! Hopefully you liked Netflix and Binge #1! Let us know down below if you’ve binge-watched these series, and if YES/NO, why! Thanks! 🙂