It’s time for another Netflix and Binge and even though I’m not an addicted Netflix watcher, I’ve done my best to pick a few good binge series. Those of you who know me will probably wonder why I just said that I don’t watch a lot of series, because I talk about it a lot, but it’s mostly just that, talk. I’m always telling people that I really need to watch this or that series, but I somehow never seem to actually do it. Anyway here are my binge suggestions!

Teammember: Ellen
Has been on Netflix for: Good question…
Hours of Netflix every day: Maybe a few hours a week
Currently binge-watching: NCIS LA
Favorite binge-moments: Whenever I’m too tired to read 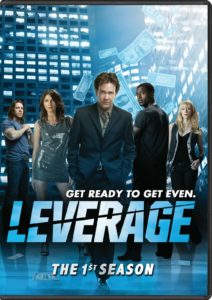 A crew of high-tech crooks attempt to steal from wealthy criminals and corrupt businessmen. [IMDb]

I absolutely love this series! I’ve watched it twice, because it is just so good. The cast is awesome, because they fit together perfectly and because they are all very interesting characters. They’re criminals, but they are using their criminal talents for good and I think it’s quite an original series. I also think the series is perfectly balanced between funny and serious. I loved watching this series and I might go and watch it again. 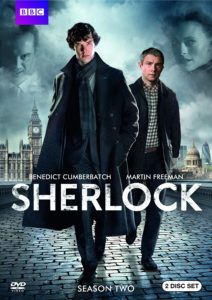 You must start watching Sherlock right now, if you haven’t watched it yet! It is a modern adaption of the famous Sherlock Holmes stories and I can tell you they have done an amazing job, as I have read quite a few Sherlock stories. They used so much from the original stories, yet they twist the series into a suspenseful and unique story of itself. Also, the acting in this series is topnotch. This is a high quality series and a good series to watch. 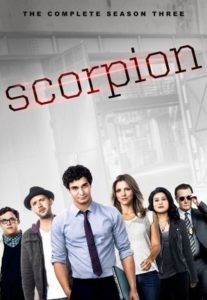 An eccentric genius forms an international network of super-geniuses to act as the last line of defense against the complicated threats of the modern world. [IMDb]

This series might be of lesser quality than the others, it is still a lot of fun to watch.

As you can see in my list, I have a thing for smart and inventive characters in series and that is what this series is about as well. It’s about a group of geniuses who solve huge problems and even though most of what they do is really farfetched, I still enjoy watching this series. They are extremely inventive and the characters also develop themselves throughout the series, which makes it interesting to follow.

Ellen is our newest blogger, writing book reviews and occasionally other stuff. She finished her bachelor of Literary Studies in Utrecht and in september she is going to do a masters in Amsterdam. Ellen is also a compulsive book buyer and buys far more books than she can read.