After watching To The Bone, the recently released Netflix movie by Lily Collins about a girl with severe anorexia, people once again started discussing movies and tv shows about such impacting images being shown to young people on screen. Should we let our kids watch these movies? Will young girls and boys be triggered by it?

I have made a list of, in my opinion, some of the best most recent movies that discuss and show the reality of eating disorders. WARNING: Each and every one of these movies can be triggering. I advice all of my readers to watch it with care and be sure to watch these movies in a safe environment.

1. To The Bone
Release date: 14th July 2017
Watch it on: Netflix
Featuring: Lily Collins
About: To The Bone features Lily Collins as the young Ellen, who’s living with her stepmother and stepsister, witch her father always working. She’s been suffering from anorexia from a while and has been in and out of treating facilities for the last few months. As a last resort, her stepmother makes an appointment with a special doctor who advices Ellen to try a new kind of inpatient facility for the last time – it really is her last hope of getting better.
Positive: It’s a realistic movie that doesn’t really romanticize the disorder (tho there does seem to be a romantic story line in it, which is typical for Hollywood movies), it shows images of her starving body (but doesn’t focus on it) but is not too depressing since Ellen is very cynical and makes jokes about her disease.
Negative: Ellen’s body can trigger young girls and boys and people who have a history with EDs in general. 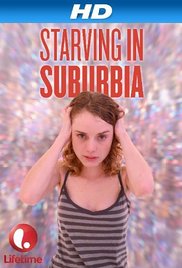 2. Starving in suburbia
Release date: 24th April 2014
Watch it on: Lifetime
Featuring: Laura Wiggins
About: Starving in Suburbia (or: Thinspiration) is about the 17-year-old Hannah who’s a dancer. She feels like she needs to slim down and joins an online thinspiration community. Although not explicitly mentioned, one can assume this is a webpage on Tumblr. She looses herself in the community and becomes possessed by anorexia. Her brother, father and mother seem clueless at first, but don’t know what other dark secret is threatening their family.
Positive: It’s really raw and shows that it can happen to just anybody, nog just the stereotypical kind of girl (even though she’s a dancer, but slimming down doesn’t help her getting better at it). It also really well incorporates that voice that people suffering from anorexia usually have in their heads.
Negative: It’s romanticized in one way but also shows what can happen to a person suffering from an ED is not treated properly. This movie is very triggering, focussing heavily on Hannah’s body and the voice in her head.

3. Feed
Release date: 18th July 2017
Watch it on: ???
Featuring: Troian Bellisario and Tom Felton
About: Feed is about twins Olivia and Matt who are inseparable. Olivia is on top of her class and wants to get the bests marks in her class, while Matt is also very well at what he’s doing and one of the more sociable guys as to where Olivia doesn’t every go out to parties etc. One night, Matt drags her away from a party where she is acting out. In the car, the twins get into an accident. Matt dies, Olivia survives, feeling extremely guilty for causing his death. In the following months she stops eating because her brother, who she is visualizing in her head, tells her not to eat. It goes from worse to worst and she feels as if there’s no way out…
Positive: The movie shows that EDs can be caused by anything and are not purely about girls (or boys) getting thinner to feel pretty. EDs are always caused by one or multiple things and to ‘cure’ the ED you have to find out what triggered it. It’s also showing really well that what’s in her head isn’t always visible to outsiders.
Negative: A lot of images of Olivia’s starving body that are considered huge triggers.

There are tons of other movies to watch, which are usually a bit older. I made a list down below. Again: watch with caution!

Any recommendations? Please let me know down below in the comments!