It’s 2017 so we’re back with our Netflix & Binge posts! Hurraaaay! We will make you addicted to your next favorite Netflix series. We introduced Netflix & Binge last year and we got pretty positive feedback, so we decided to continue these posts in 2017. Every post, one of our team member will advice you on what series you should watch next on Netflix 🙂 Sounds exciting, right? Lets go!

Team member: Nanouk
Has been on Netflix for: about a year I think
Hours of Netflix every day: one hour in the morning, at least 3 or 4 hours in the evening? (I know – it’s bad)
Currently Binge-watching: Jane the Virgin
Favorite binge-moments: when I found out Jane the Virgin has a second season! [OK I’m freaking out, while researching Jane the Virgin for this post, I found out is has three seasons and the third season is still running/airing coming weeks!]

I want to thank my father and my sisters for sharing the Netflix account. 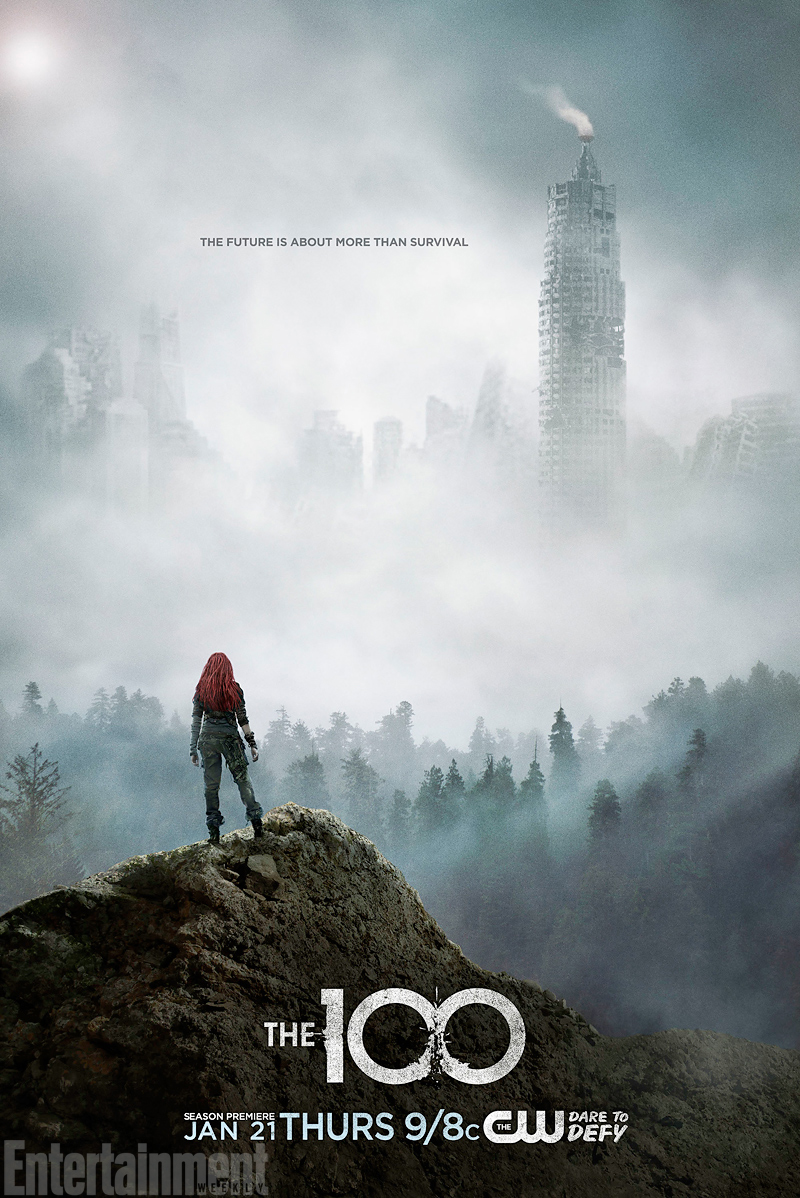 Set 97 years after a nuclear war has destroyed civilization, when a spaceship housing humanity’s lone survivors sends 100 juvenile delinquents back to Earth in hopes of possibly re-populating the planet. [IMDb]

My ex-roommate introduced me to this series, and I was hooked ever since. The 100 is a typical YA-scifi series, based on the books by Kass Morgan. Even though The 100 is a YA-series, you will totally love this series if you’re into scifi series that take place in the future. The series is super intense and ends with a mega cliffhanger every episode. You will have to get used to the characters, but luckily, they develop pretty quickly and you will find yourself rooting for certain characters to end up together. My roommate and I have been shipping tons of people. But the thing is: things chance and people actually die in this series. So don’t fall in love too hard, because it might be over quickly… nah! Just kidding. It’s not THAT bad. But remember I warned you! Even though there are ‘only’ three seasons, season four is already on it’s way and you won’t be able to stop watching! 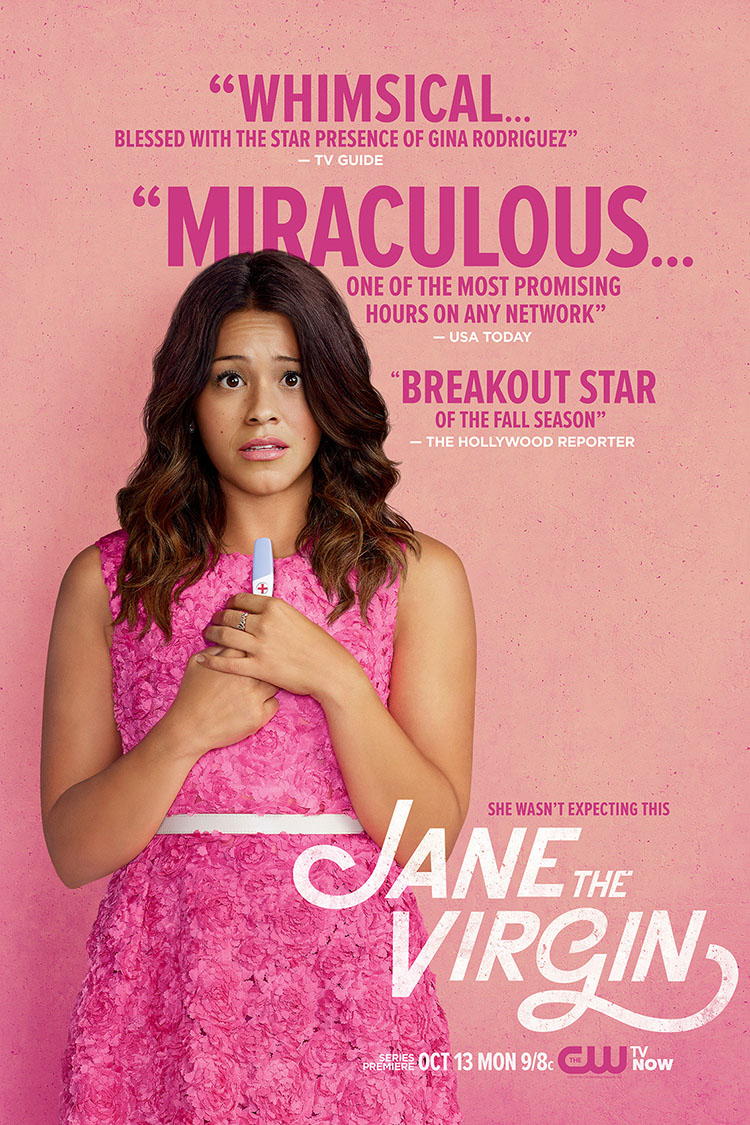 A young, devout Catholic woman discovers that she was accidentally artificially inseminated.

Now, before I start, the blurb is really short, so I should fill you in. Jane the Virgin is about 23-year old Jane, who made a promise to her abuela (the family comes from Mexico) that she would not have sex before she was married. When she is accidentally artificially inseminated, her world turns upside down. The story is narrated by this amazing spanish-ish voice-over who makes the series even more hilarious than it already is. So like I already said, Jane the Virgin is hilarious. It plays with narration, language, humor, romance and intense action moments. Because, yes, this series is pretty dramatic, but not overdoing it too much. It’s like the perfect balance. I found (correction: still find) myself laughing out loud while watching Jane the Virgin. It’s hard to explain, but I’m sure you will love the sense of humor of this series!
Binge-worthy: 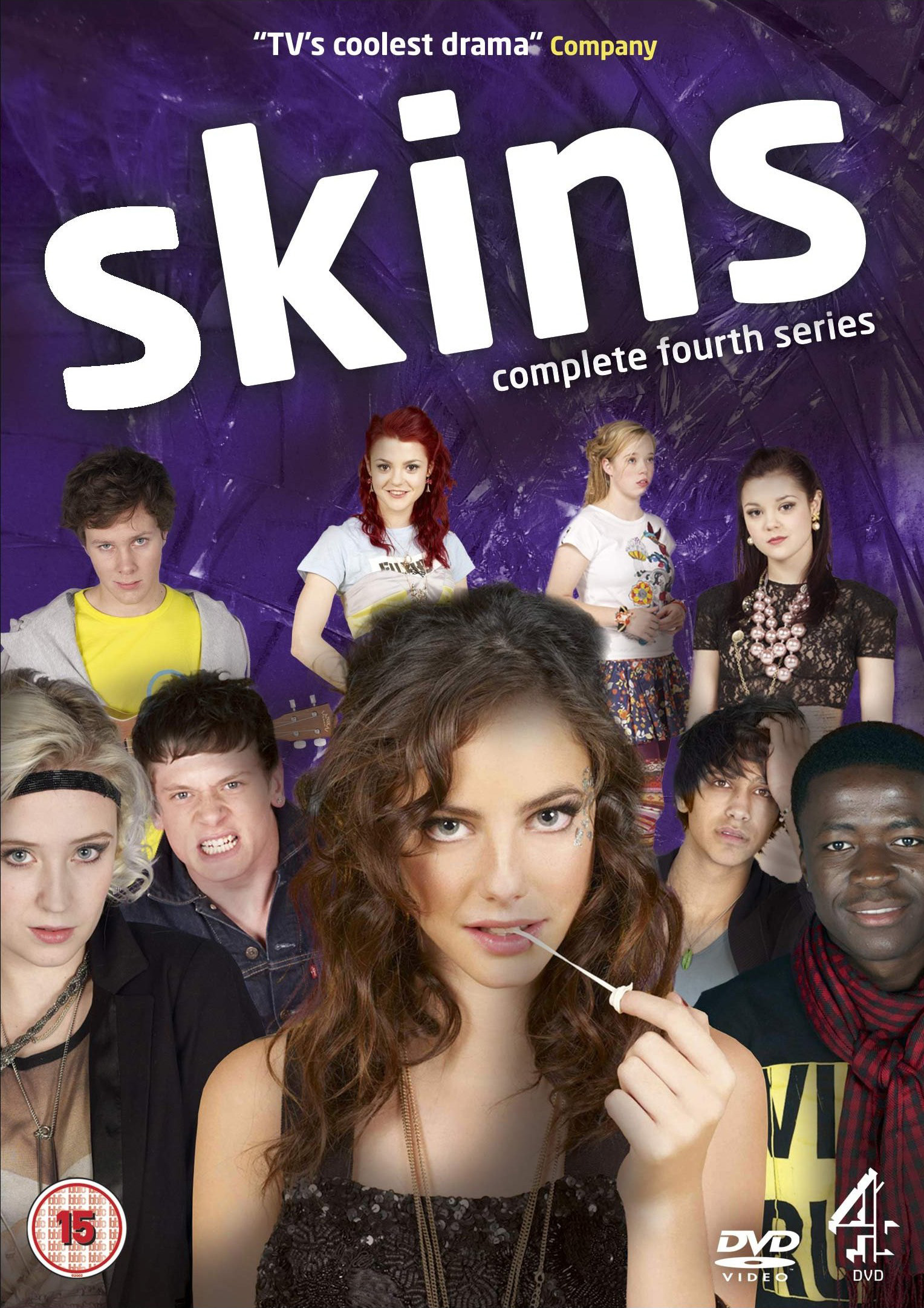 The story of a group of British teens who are trying to grow up and find love and happiness despite questionable parenting and teachers who more want to be friends (and lovers) rather than authority figures.

Skins is like this classic must-see series for teens all over the world. The series features a group of teens that changes every two seasons, which makes it rather interesting. When I first started watching it, I really had to get used to what happened. Sex, drugs, strong language and everything. It was really raw and really real (tho sometimes a little bit too dramatic). There’s not a teen-related problem in the world that these people haven’t dealt with. The conversations are pretty hilarious and the characters are as real as a teen character can be. Every episodes focuses on one teen in particular, so at the end of the season, you know them all pretty well. The last episode is always about all of the characters, which makes it a bit chaotic but funny nonetheless.
Binge-worthy:

(4.0 / 5)
That’s it for today! I hope you enjoyed our Netflix & Binge post of January! Please let us know down below what series you are binge-watching at Netflix at the moment! We’d love to hear all about it!