Just like every year, 2016 was filled with new, promising TV shows that had to compete with the existing favorites that we know and love. Of course, some  shows turned out to be huge disasters and were cancelled after one season (or even less), but these are five shows that survived 2016 and will return soon (or did already return).

A Netflix original based on the Mortal Instruments books by Cassandra Clare. It aired in January 2016 and even though it received a 6,3 on IMDB, it got renewed for a second season.
Storyline: “Clary Fray is a normal teenager living in Brooklyn with her mother. One day, she discovers that she is descended from a line of Shadowhunters; humans born with angelic blood that fight to protect our world from demons. After her mother is kidnapped, Clary must team up with three Shadowhunters: Jace, Alec and Isabelle and her best friend Simon on a quest to find her mother and recover her past” [IMDB].
Personal opinion: Honestly, I just love to watch this show due to the fact that it is, in my opinion, really bad. The acting is mediocre and predictable, but somehow, it works and the show became a guilty pleasure of mine. I’ll check it out for sure once the new season airs, cause I’m curious how they’ll continue the story.
New season is set to premiere at 07-01-2017.

DC Legends of Tomorrow (21-01-2016)
A spin-off from Arrow, which has already begun its second season in October this year!
Storyline: “When heroes alone are not enough… the world needs legends. Having seen the future, Rip Hunter will desperately try to prevent certain events from happening, by time-traveling; Now Rip Hunter is tasked with assembling a desperate group of heroes and villains to confront an unstoppable threat – not only is the planet at stake, but our timeline itself. The Great Question being asked here is can this ragtag team defeat an immortal threat unlike anything they have ever known?” [IMDB].
Personal opinion: Unfortunately, I haven’t watched this show (yet), but since I loved Arrow and the Flash, I’m sure that this is also an interesting and fun show to watch (especially since it got renewed for a second season).
Season 2 is currently on a short hiatus, but will return 24-01-2017

The devil himself has come to earth in 2016 and has given us sarcastic humor and a fun show to watch along with it. It’s rated with a 8,3 on IMDB and was renewed for a second season,
Storyline: “Lucifer, bored from his sulking life in hell comes to live in Los Angeles only to help humanity with its miseries through his experience and telepathic abilities to bring people’s deepest desires and thoughts out of them. While meeting with a girl in his nightclub (called Lux), a shootout involving him and the girl leads him to become a LAPD consultant who tries to punish people for their crimes through law and justice.” [IMDB]
Personal opinion: I can’t help but love Lucifer, simply because it found my weakness (my love for overly sarcastic characters with a great sense of humor). It’s not a religious show, per se, besides the references to other angels and Lucifer jokingly addressing to God as ‘Dad’, but focuses more on the crimes he solves while being a LAPD consultant. In short, I highly recommend this TV show!
Season 2 is currently on a short hiatus, but will return 16-01-2017

Stranger Things (15-07-2016)
This Netflix original has become a great succes when it aired earlier this year, with a lot of people asking if (and especially when) there will be a second season. Luckily, this has been confirmed!
Storyline: “In a small town where everyone knows everyone, a peculiar incident starts a chain of events that leads to the disappearance of a child – which begins to tear at the fabric of an otherwise peaceful community. Dark government agencies and seemingly malevolent supernatural forces converge on the town while a few locals begin to understand that there’s more going on than meets the eye.” [IMDB]
Personal opinion: Shame on me, I still have to watch this show (I promise, it’s on my watchlist!). I’ve heard many good things about it, though, which is why I’m still eager to watch it. I just somehow keep forgetting to… no excuse, I know, it’ll be one of my new years resolutions.
So far, no specific date has been released about the return of Season 2

The Crown (04-11-2016)
A more recent release, since this show is merely 1,5 months old. It’s a Netflix original that rated 9,0/10 on IMDB, which is a clear answer from the viewers about if they liked this show or not. It is therefore no shock that it’s 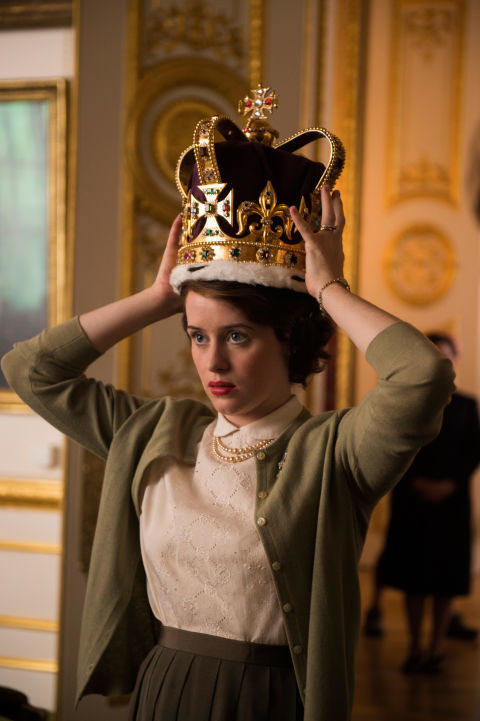 been confirmed that there will be a second season!
Storyline: “The Crown focuses on Queen Elizabeth II as a 25-year-old newlywed faced with the daunting prospect of leading the world’s most famous monarchy while forging a relationship with legendary Prime Minister, Sir Winston Churchill. The British Empire is in decline, the political world is in disarray, and a young woman takes the throne….a new era is dawning. Peter Morgan’s masterfully researched scripts reveal the Queen’s private journey behind the public facade with daring frankness. Prepare to be welcomed into the coveted world of power and privilege and behind locked doors in Westminster and Buckingham Palace….the leaders of an empire await.” [IMDB]
Personal opinion: I’m not really a big fan of historical shows, which is why I haven’t watched the Crown (yet). But, if you do like them, and especially historical shows that involve royalty, this one is worth watching if I listen to the positive response from my friends and family!
So far, no specific date has been released about the return of Season 2

I hope you found this post useful and might be interested in one of these shows (if you haven’t watched them yet!) Let me know what you thought was the best show of 2016 and why.
And lastly, of course, Merry Christmas!